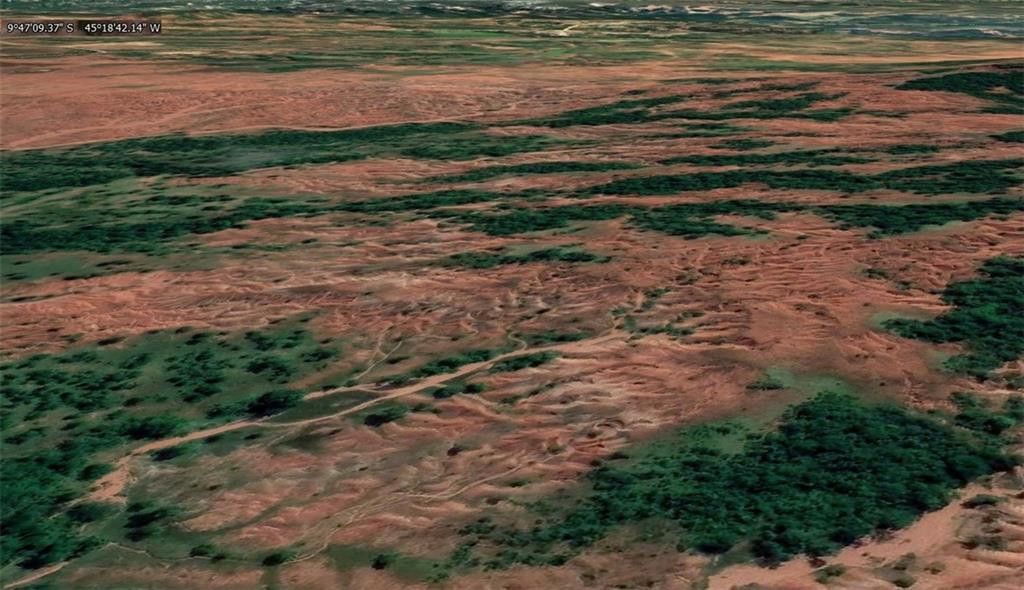 Property Description
Introduction: TITANIUM (TiO2)Considering the measured and inferred reserves, it was calculated that Mineral Deposit of the Monte Alegre Farmhas the potential value of mining of US$16.3 billion. The Titanium ore in the Monte Alegre Farm originates mainly from the ilmenite ore, although thepresence of rutile in petrographic slides, and its exploitation is common in mines present in the region. The superficial anomalies in elements such as titanium, niobium and rare earths, found early in the research, already revealed a possible alkaline-carbonatite complex in the studied region.Considering the TiO2 content as varying from 0.8% to 1.35%, and an average of 1.00% (blending), there would be a reserve of 9,337,500 tons in TiO2 ore.

Details
Maps
Contract Information
Status: Active
Original List Price: 970000000
List Price: $970,000,000
Current Price: $970,000,000
Listing Date: 2021-03-02
Comm/Non-Rep: 5%
Comm/Buyer Agent: 5%
Comm/Trans Brk: 5%
General Property Description
Type: Business
Business Name: Monte Alegre Farm -
Year Established: 60
Year Built: 1960
Built Desc: Under Construction
SqFt - Occupied: 10000
Directions: - Location: Highway PI 415 km 20.5- Easy access, at the edge of the asphalt.- 500 ha of area with a large part benefited for livestock.Monte Alegre - Piaui - Brazil - 42709 -
Location, Tax & Legal
Area: 5970
Street #: 2021
Street Name: Monte Alegre Farm - Titanium -
Tax Year: 2020
Real Estate Taxes: 3000
Short Sale: No
Zoning: Rural
Legal Desc: Fazenda Monte Alegre
Geo Lat: 33.949617
Geo Lon: -83.885756
Office/Member Info
DXORIGMLNO: F10273724
DXORIGMLSID: FLL
Monetary Info
Inc/Exp Stmnt Period: 12000000.0
Insurance: 1500
Property Features
Location: Other
Type of Building: Commercial
Sale Includes: Business & Building; Business, Bldg & Lnd; Trade Name
Avail Info: Appraisal
Avail Docs: Aerial
Ownership: Sole Proprietor
Cooling: Other
Heating: Other
Utilities: Well Water; 1-100 Amp; 220
Road: State Road
Roof: Other
Parking: Common
Terms Considered: Cash; Cryptocurrency
Supplements
The mining planning and subsequent investment projects the processing of the raw oreinto higher value-added products. NIOBIUM (Nb)As for niobium, it is considered two main mining sites, one in the SRMT-3 drilling area (with a promising prospect for reserve expansion north of the evaluated target, in the anomalies detected in the Morro do Surucucu area) and another near the SRMT-5 drilling area - the respective areas and information are in the table at the end of this chapter. As this is a dense, ferric lithologic body (Fe-Nb alloy), the ore concentrate is considered as Nb2O5 at a calculated average concentration of 0.002% (or 16 ppm as Nb element), even with the visible absence of typical minerals such as pyrochlore. The mineral that controls the oxide is the same of the titanium (ilmenite), in view of the similar ionic radius of Nb = 145pm and Ti = 140pm, in empirical measures.Assuming now the value of $33,394.32/t(http://www.anm.gov.br/dnpm/publicacoes/serie-estatisticaseeconomia-mineral/sumario-mineral/sumario-mineralbrasileiro2016) for areas of 787,500 m with 90 meters of thickness, and 70,650 m with 150 meters of thickness (areas of influence of the drillings SRMT-3 and SRMT-5, respectively), there would be a reserve of approximately 6,762.22 t in Nb2O5 ore.It is important to note that the occurrence verified in the SRMT3 drilling may be representing a small part of another diatreme possibly located under Morro do Surucucu, north of the target.This area was not investigated by drilling, but characterized by high levels of barium and manganese on the surface, and by high magnetometric and gravimetric values identified in the geophysics, being an interesting target to be more studied in order to increasing TiO2, Nb2O5 and REE reserves. REEFinally, for the rare earth elements (REE), considering the sum of the following elements: La + Nd + Pr, two main mining sites were considered, one in the SRMT-2 drilling area and another near of the SRMT-3 area. Since they are incompatible elements, the occurrences are expected to be different from thoseidentified for Nb and Ti, which are more compatible.In addition, it was used the average value of the neodymium (Nd), that it is the most valued element applied for construction of super magnets, with a minimum price of US$65/kg in 2013(http://www.anm.gov.br/dnpm/publicacoes/series-statisticseeconomics-mineral/summary-mineral/summary-mineralBrazilian2016). The average concentration used in the calculations, in the form of oxide, was of 1% (sum of all REE).The control minerals are considered to be the amphiboles, and mainly the mudstones with carbonaceous matrix of the covering sediments (accompanying calcium for the similarity of the ionicradius). In this context, there would be a reserve estimated at $150,115.88 in REE oxide ore.Economic evaluation of Mineral Deposit of the Fazenda.

This information is not verified for authenticity or accuracy and is not guaranteed and may not reflect all real estate activity in the market. Copyright 2022 Beaches Multiple Listing Service, Inc. All rights reserved. Information Not Guaranteed and Must Be Confirmed by End User. Site contains live data.